The Meganuera is the Largest Species of Dragonfly to ever Exist. Its Body up to 40cm / ~16″ long, and its wingspan up to 70cm / ~28″ (2.3ft)!! Though our Meganuera isn’t quite that terrifying, at roughly double the weight, it is something to behold.

With all of the Same Features as its little brother, and nearly twice the weight, It strikes the perfect balance between Shuriken, and throwing Knife. The Added weight makes it Easier to learn on, more stable in flight, easier to control, more predictable/Accurate, and it hits HARD.

The Square Stock combined The Fuller (Only Previously seen on Our Bo-Dashi) offers an unparalleled feeling of control. The Long Tapered Tail has been optimized to provide a smooth release from powerful throws using both modern, and traditional techniques.

The Balance of the Dragonfly provides an unparalleled level of Stability in Flight for its size and weight at distance out to 10m!! The Unique Geometry of The Triangular Head Attacks the target by Punching and Piercing it.

Here is Joel From Finland Testing it out the Original Dragonfly.

The Meganeura aka Giant Dragonfly is an advanced design, and But it doesn’t require as light of a touch as the Dragonfly . You will adapt to it quite Quickly, and be able to throw further with it than you could have ever expected.

*Though this is an original, and Mordern design, Inspiration for it can be found in the Negishi Ryu* 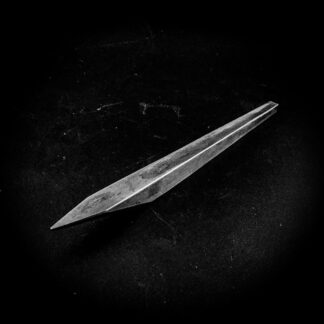