The Dolphin is exclusively available throw D2A. Though the Dolphin appears to be very similar to the  very popular Arrow One and  Arrow v3 from Tom Tom,  here is how it is different:

At 21.5cm, and 7.2oz, it is a Great Casual Throwing Knife for any skill level or stature. It can be Thrown easily forehand in any of the western or wave styles.  A great intermediary while transitioning Shuriken Throwing to Knife throwing, or Knife Throwing to Shuriken Throwing.

Be the first to review “Dolphin 6mm” Cancel reply 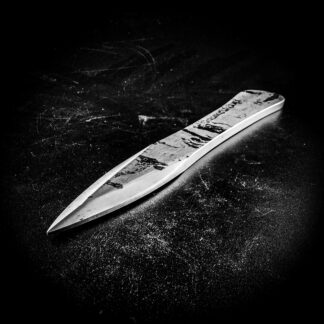