Gets its name due its shape is similar to Half of the Ubiquitous Arrow design by “TomTom”, and the balance nearly Identical to the Arrow.

Offering both a Flat Spine, and a smoothly transitioned trigger point it is very comfortable in Half Spin. Due to the bulk of the weight being closer to the ends; The Harrow is smaller knife that is easier to control at further distances of Half Spin.

It Throws Well in Both Half, and No Spin, and is sized as a nice Casual Thrower

Be the first to review “Harrow” Cancel reply 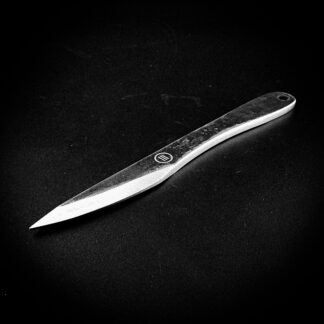