The Arrow ONE was designed by the German Thrower “TomTom”. Our 7mm version with a Lightly Textured Mill-Scale Finish is exceptionally for No-Spin throws, and is very easy to control in Half-Spin.

At 23cm, and 8oz, it is a great knife for throwers of any skill level or stature. It can be Thrown easily forehand in any of the western or wave styles. Our 7mm version of the the Arrow also works well as an intermediary while transitioning Shuriken Throwing to Knife throwing, or Knife Throwing to Shuriken Throwing.

Be the first to review “Arrow ONE” Cancel reply 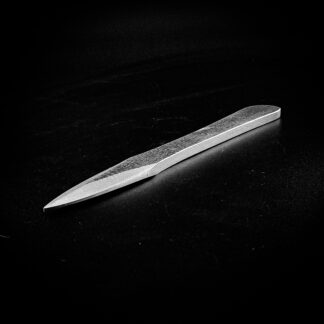